Dobbiaco Cortina changes its look, 42km for skating-race too, starts with 3 Peaks View 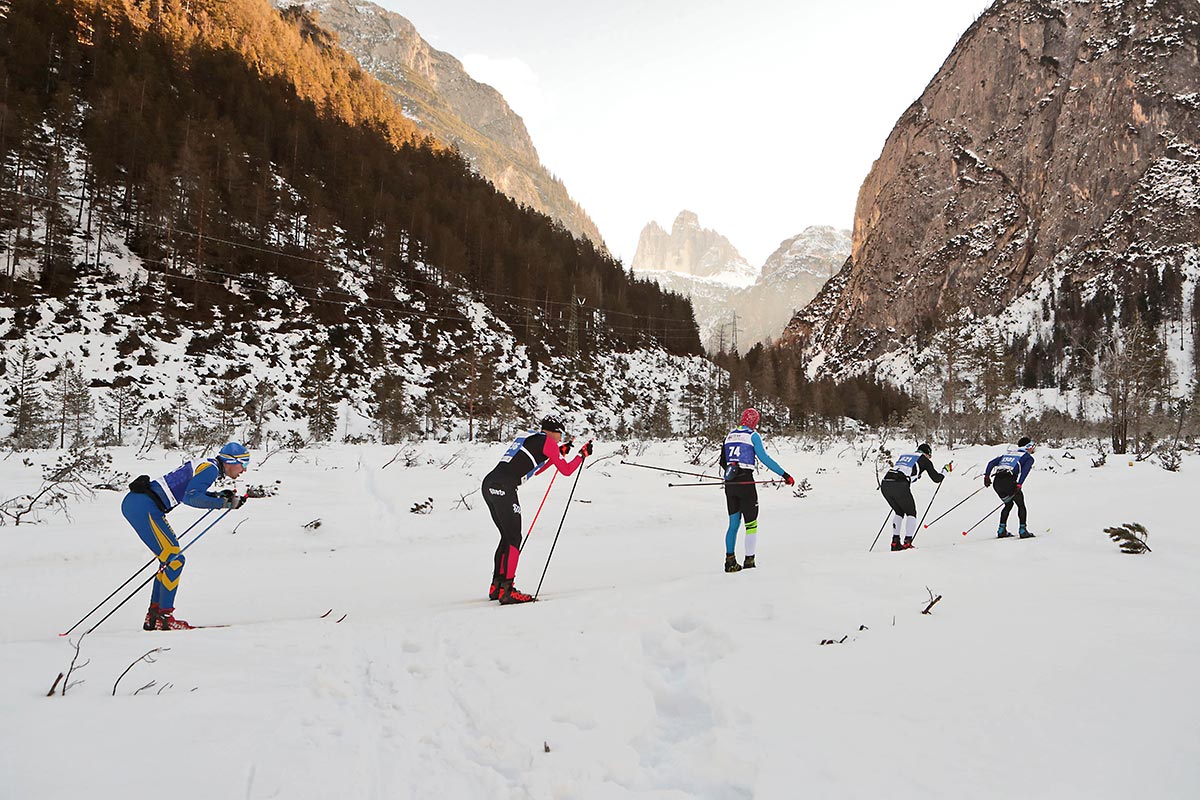 The 46th in Dobbiaco-Cortina will take place on the weekend of 4-5 February 2023
Track change: Val di Landro will host the departures.
Confirmed the new distance of 42 km for the skating competition

A great and positive opportunity, born from what could have appeared as a problem. The announcement of the FIS, the assignment of three days of the Cross-Country World Cup at the Nordic Arena in Dobbiaco on the same date as the traditional Dobbiaco-Cortina Granfondo, had aroused some perplexity. Instead, during a meeting with the Mayor of Dobbiaco Martin Rienzner, the two presidents – Herbert Santer (Granfondo Dobbiaco-Cortina) and Gerti Taschler (SportOK Dobbiaco) all find an ideal solution together, thanks to ability, sportiness and sensitivity.

The 46th Dobbiaco-Cortina will take place in the first weekend of February 2023, two days for the two competitions: 42 km of classical technique on Saturday 4th and 42 km of skating technique on Sunday 5th. The World Cup competitions will take place from 3 to February 5th. The opportunity? Simple: on Friday, Saturday and Sunday the participants in the Granfondo will be able to attend the World Cup races, which could thus have a larger audience on the track.
The strong and motivated Organizing Committee Granfondo Dobbiaco-Cortina, chaired by Herbert Santer with his deputy Igor Gombac is already working, supported by Dobbiaco and Cortina institutions, to fulfill the wishes of cross-country enthusiasts.
The 46th Dobbiaco-Cortina will bring with it a new regarding the track: the great platoon of skiers will start from the spectacular starting point located in Val di Landro, at the feet of the suggestive Three Peacks / Tre Cime di Lavaredo. Races will move towards Lake Dobbiaco and about 1.5 km from the Nordic Arena there will be the turning point that will catapult everyone towards Cortina d’Ampezzo, passing in the points: Lake Dobbiaco, War Cemetery, Three Peacks View Point, Lago di Landro and then in order the passage to Carbonin, Passo Cimabanche (highest point of the races), Ospitale, Fiames and the arrival in Cortina D’Ampezzo centre, where many works are in progress, in view of the upcoming Winter Olympics.
This new is added to that relating to the distance of the skating competition, which will be 42 km. long, like the classic one; a real “Marathon distance” also for skating skiers! Route details, route map and profile will be published on Dobiacocortina.org by the end of July.

The participants of the 2023 Granfondo will experience a weekend particularly rich in emotions and sports.