The classic race of 42km follows the former railway, the so called “Ferrovia delle Dolomiti” and is unique in ist style, passing through two illuminated galleries in the middle of the UNESCO Natural World Heritage. Starts is at the military airport of Toblach. After a short detour towards Innichen, the track passes the cross-country-ski stadium Nordic Arena of Toblach. After that it goes directly out into the Höhlensteintal/Val di Landro, passing by the Lake of Toblach, the Lake of Landro, the War cemetery and the Viewpoint of the Three Peaks. Pass Cimabanche is the highest point of the course. From there the track goes downwards to Ospitale and Fiames and finally finishes in the city Center/bus station of Cortina d’Ampezzo.

Since 2020 the direction of the 32 km skating race goes also from Toblach to Cortina d’Ampezzo, with a slightly different and shortened track. After the start, it doesn’t go to Innichen, but directly to the Nordic Arena and it followes the former railway line to the finish in Cortina’d Ampezzo. 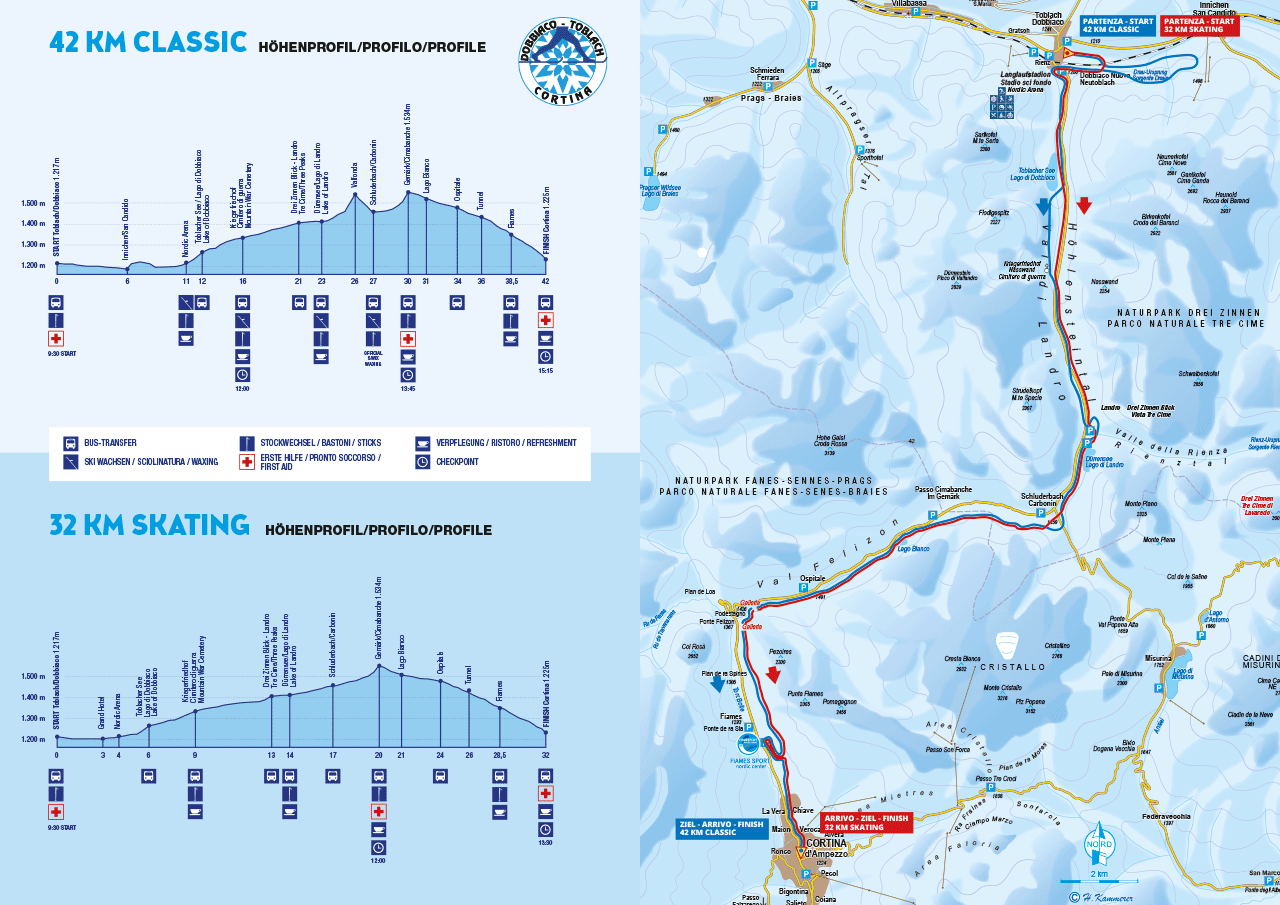